Alith
Mobile status update
From now till August 19, save up to 50% on selected FINAL FANTASY XIV merchandise! ✨
Add these cute critters (and many other goodies) to your collections! 🛍️ sqex.to/OwBY3
Posted: 3 days ago 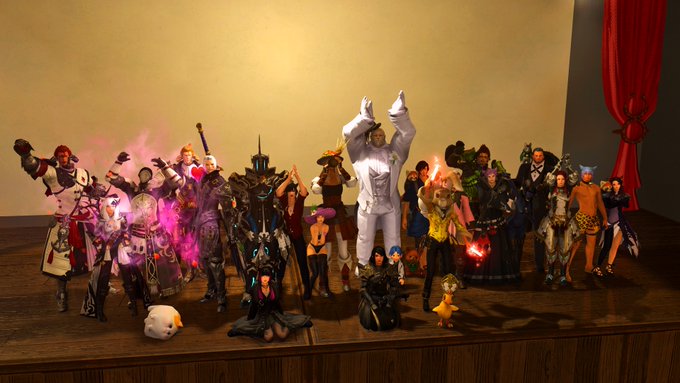 Alith
@AlithFFXIV
Yesterday we celebrated another great month of friendship in our Alith Award Ceremony. Congratulations to all winners, especially to our new Guild Champion Spicy Meatballs 👏
Thank you all participants for making this a great success as usual https://t.co/qSoU4E0eIo
0 2
Posted: Last month 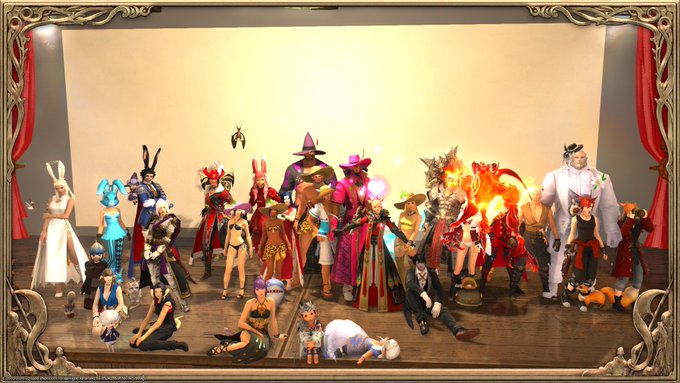 Alith
@AlithFFXIV
I think it’s safe to say last night’s Member Awards Ceremony was a huge success ! Congratulations to all winners and everyone who joined the party https://t.co/oZHHHQImOQ
2 4
Posted: Last month

All Alith Raids are organised on our Discord, join us now!

Alith is a friendly, social, casual, mature, PvE guild (Free Company) located on the Cerberus server of Final Fantasy XIV Online.  Having enjoyed great success in Aion, Tera, Elder Scrolls Online and now FFXIV over 10 years, we've built a reputation of being a respectful, fun focused, close knit community who believe we all play MMO's to have fun with great friends.  As an Alithian, you can expect a non-pressured, supportive environment, with a leadership team who don't believe in imposing strict rules on the community, but promote an ethos of "play the way you like, when you like, with whoever you like".  We don't involve ourselves in guild politics or drama, and we encourage a spirit of positivity, tolerance and respect.  In Alith you can expect to see regular guild social events, competitions, dungeons, raids, helpful guildmates and of course plenty of jokes & banter.  Our experienced & dedicated officer team are totally loving FFXIV, are super engaged and look forward to many more years in Eorzea with you all.  Having achieved 1st place in the official FC rankings multiple times, without ever compromsing on our values, we want to be known as THE PvE commuinity that everyone wants to join in Final Fantasy XIV Online!

5.3 Reflections in Crystal is here!

The latest gigantic content update, Patch 5.3 - Reflections in Crystal, has finally arrived and is live!  The Final Patch 5.3 notes are now live, which covers a detailed summary of all the new content that's arrived with the latest patch, as well as the awesome patch trailer video (above)!  In addition to all the detailed patch notes page, the Official Patch 5.3 Special Site is also live, where you can keep up to date on all the latest regarding the patch and upcoming additions to 5.3 in the future.

You can be sure that we will continue to keep our own guild site updated with the latest news post 5.3, so keep your eyes peeled to our site.  What are your impressions of the latest patch and what is your favourite new content?  Why not share your experiences with your fellow Alithians over at our Discord server which is always buzzing with Alith chatter!  This patch is certainly a beefy one, so here is a handy summary of ALL the key features which arrived with patch 5.3:

The "Mogstation Store" has had a completely new make-over!  Now simply called "Final Fantasy XIV Online Store", what do you all think of the new look & feel?  Our personal experience is that the new store is much more user-friendly, easy to navigate, clearer, easier to find things and much more obvious to newcomers to the game.  We particularly love the new categories & filters, as well as the fact you can browse the store without needing to log in anymore!  It's also much more compatible with mobile phones, which Officer Syl is gonna love hehe!  Head over to visit the new store by clicking this link, and why not share your thoughts & experiences with the new design & functionality in our Discord!

Here's a summary of the key changes to the store:

Wow, we are in for one mammoth patch when 5.3 arrives!  During the latest letter from the producer podcast, FFXIV producer Yoshi-P unveiled a truck load of details regarding the upcoming patch, which is titled "Reflections in Crystal".  While we didn't get a confirmed release date, we're expecting the patch to arrive anytime between July-August.  We did get a pretty comprehensive list of confirmed content (with a few screenshots too), and we know there will be "more" details to be confirmed later.

This patch is looking to be one of the biggest content updates we've received, with everything you could want thrown in (new main story quests, new beast tribe, new alliance raid, new dungeon AND trial, new relice weapon steps, new zone, and more...)  Below is a summary of everything that was confirmed during the Live Letter.  If you'd like to watch some reactions to the news from our very own Alithians, scroll down to watch our latest Alith-Cast episode where we dive into our initial throughts & reactions to the upcoming patch!

Here's a summary of all content currently confirmed for Patch 5.3 - Reflections in Crystal:

Alith-Cast reacts to the Patch 5.3 News: